How the hydrogen initiative can make Germany more climate-friendly

The Federal Government is promoting the expansion of hydrogen production. These are the effects it has on the metal industry

Germany aims to become a hydrogen location – and fast. With the hydrogen initiative recently introduced by the Federal Government, resources are being redeployed to produce environmentally-friendly hydrogen. Germany aims to complete the first stage of the development of a nation-wide infrastructure for the industry and traffic sector by 2030. Whilst the comparably inefficient production chain has been criticised, there are some reasonable use cases in which hydrogen is required from the start, in line with climate protection measures.

By 2030, Germany aims to produce five gigawatts of hydrogen per year, and a whopping ten gigawatts by 2040 at the latest – according to the targets set by the Federal Government. The National Hydrogen Council is to ensure that deadlines are kept and the technology is used in a viable fashion; the government has planned around €9 billion for the entire project.

Historically, hydrogen is produced by means of steam reforming and is used as an energy source for melts and welding equipment as well as in space travel. To do so, natural gas and other hydrocarbons are broken down into their atomic components. However, this results in climate-damaging gases; water electrolysis is therefore a necessity if production is to be more climate-friendly.

The water molecules break down into two parts hydrogen and one part oxygen – both gases can be sold later; there is no waste. However, this does result in an energy loss of about 20 percent, as the conversion also generates waste heat.

If the hydrogen is then converted back to electric energy by means of a fuel cell, the energy source’s degree of efficiency declines even further. Depending on the technology used, losses of between 40 and 70 percent occur at this point, meaning that in total, less than 40-50 percent of the energy originally generated is delivered to electricity consumers.

Despite this fact, in many respects using hydrogen in the German industry still makes sense. Some areas, for example, will have a hard time doing without hydrogen as a primary energy source in the near future, and applications are conceivable for ships as well as in air traffic and public transport, for which the infrastructure can be provided in a more centralised manner.

Production locations in the north and south 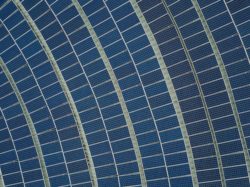 To be a truly green energy source, hydrogen needs to be produced using renewable electricity. As a location, Germany faces a huge problem: The expansion of wind turbines, solar cells, etc. is progressing too slowly to be able to use the existing green electricity generators in the production of hydrogen, as well. As a result, politics and the economy have an eye on neighbouring countries that could assist in hydrogen production, with hot candidates including Norway (primarily hydropower) as well as North African countries. Here, huge solar farms can produce hydrogen that can then be delivered to Germany.

Hydrogen as an energy source in steel production

The economic stimulus package for the hydrogen economy has provided additional clarity for companies such as Salzgitter AG. The SALCOS pilot project focuses on climate-friendly steel production. Since 2016, the company has been producing hydrogen in Germany itself, with local wind turbines as energy sources. However, the plant can also be used for Power-to-X energy storage; the produced hydrogen is simply converted back to electricity.

The experiences gathered in the course of the SALCOS project are to result in a CO2 reduction of 26 percent by 2025 and of 95 percent by 2050. Carbon emissions trading will also force other steel manufacturers to find a way to reduce their greenhouse gas emissions.

thyssenkrupp is also researching how to reduce climate-damaging gases. In the Carbon2Chem® project, conventional plants are modified so that the carbon initially emitted is now converted into ammonia, a process that is expected to also find use in cement production. Here again, hydrogen is the second pillar; the company plans to convert its blast furnaces from coal and natural gas to hydrogen.

The difficult path to "green" metal

A groundbreaking signal for energy-intense sectors

It has long been apparent that the energy transition can only work if it is based on green electricity. A strategy using several green energy sources – that can simultaneously be used as energy storage – supports security of supply. In steel production, for example, it makes sense to use hydrogen without conversion. By investing in hydrogen, politics is indicating that this may well be one of the key technologies of the years to come.

This in turn provides a clear perspective for the future of one of the largest producers of carbon in Germany, a perspective that does not have to be developed and managed by the industry alone and that uses a technology that is comparably easy to implement at existing plants. This also supports the fuel cell sector based in Germany, for example at MAN, and helps carbon-neutral distribution of goods by lorry take a step forwards.