"The world has become a village" 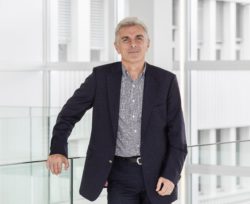 Jonathan Abbis is Managing Director at Bühler Die Casting. He has been with the Bühler Group since 2010 and holds a Bachelor's degree from Stanford University.

How do you judge the current situation in the metal and steel industry in general?

Jonathan Abbis: Over the last seven years, the industry has been growing strongly and large investments were made in die-casting. Main driver for the growth was the automotive industry. On the one hand, sales of new vehicles are starting to plateau and in some markets decline, partly due to the diesel scandal. On the other hand, future changes in the automotive industry (e.g. electro mobility, autonomous driving and shared mobility) require enormous investments. In the long run structural and lightweight design will play an important role in the realization of these changes in the automotive sector.

However, for 2019 we are seeing the first signs of a period of consolidation after these large investments. The global economy is navigating rough seas. According the OECD – the Global GDP growth is strong but has peaked. In many countries, unemployment is well below pre-crisis levels, labor shortages are biting and inflation remains tepid. Global trade and investment may be slowing on the back of increases in bilateral tariffs.

What does industry 4.0 mean for you?

Industry 4.0 stands for efficiency, networking and data – and we see that also in the foundry industry this topic is widely discussed and being developed. Since industry 4.0 is necessary in order to survive in the digital world, Bühler has invested massively in IoT.

Our vision is the digital cell with 0% scrap, 40% less cycle time and 24/7 uptime. With the Smart Cell Management System, we are launching a new, more intelligent cell control system that is capable of connecting the entire cell. This enables Bühler customers to get more out of the die-casting process and to produce more cost-effectively. In addition, we can use the data to develop even more intelligent algorithms and design the process even better. 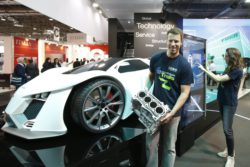 At GIFA 2015, the Swiss die-casting company Bühler has demonstrated the large number of automotive parts produced with foundry technology on an original racing car. © ctillmann/Messe Düsseldorf

How important is globalization for the industry?

Over the last few years, globalization has given the whole industry an enormous growth spurt and the world has become a village. As Bühler we have a global presence in 140 countries and therefore globalization is in our DNA. However, "global" also means "local" which is the foundation of our 3-hub strategy allowing us to produce, engineer, support and offer our service where our customers are.

Which role does "The Bright World of Metals (GIFA)" play as "Matchmaker", contact platform and exhibition?

GIFA is the leading trade fair for us when it comes to innovations regarding equipment, processes, service and digitization. Furthermore, we reach customers from all over the world and make new contacts. With our booth at GIFA we would like to create an environment where we can sit together with our customers and try to understand their needs even better.

As a leading technology group, Buhler invests up to 5% of its sales in research and development each year. In 2017, its approximately 11,000 employees in over 140 countries generated sales of CHF 2.7 billion.
Read more about Bühler