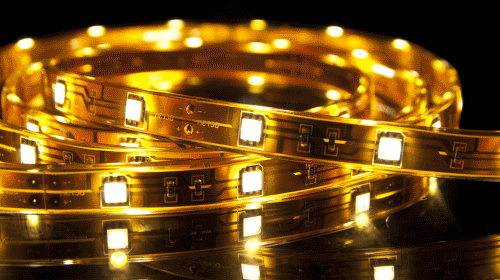 Sonderhoff (Suzhou) Sealing Systems Co., Ltd. will attend this year's Chinaplas, Asia's biggest plastics and rubber trade fair held in Shanghai from April 23-26, with its own show booth again. The company is part of the Sonderhoff group of companies, the system supplier for foam sealing and potting systems as well as low pressure mixing and dosing machines for foam sealing, gluing and potting applications.

Since 2009, Sonderhoff (Suzhou) is successfully distributing the group's entire product portfolio in China and serves as a reliable contract manufacturer for the sealing, gluing and potting of component parts. The application of Fermapor® K31 polyurethane foam sealings by using a DM 403 mixing and dosing machine will be shown on site at the trade fair.

Polyurethane based Fermadur® systems for transparent potting and encapsulation of electronic components will also be part of the exhibition.

Sonderhoff offers a wide range of potting and foam sealing systems which can be used in a multitude of industries, for instance, enclosures, electronics, lighting, automotive, air conditioning, filters, photovoltaics, packaging and home appliances. Sonderhoff's low pressure mixing and dosing machines from the DM 40x series apply the liquid sealing material directly onto the part where the curing process takes place. Foam sealing systems Fermapor® K31 polyurethane based and Fermasil® silicone based provide ideal protection against humidity, dust, chemicals, oil, grease and the ingress of other media. All Sonderhoff products are developed according to the customers' individual demands and according to current industry standards (UL, NEMA, ATEX) and ingress-protection classes.

Fermadur®, Sonderhoff's brand for two-component, room-temperature crosslinking potting systems, is used within the electrical and solar industry in various applications, from potting of relays, circuit boards, transformers or sensors to encapsulating LEDs and solar cells. The potting systems from Sonderhoff fulfil the industries' requirements with regard to mechanical stability, temperature, aging and weather resistance.

The fluidity, reactivity, colour and hardness of Fermadur® polyurethane potting systems can be adjusted according to the customers' demands. From hard to soft and even gel-like - everything is possible. Using FIP (foamed-in-place) technology, the potting material is applied bubble-free onto the part by the mixing head of Sonderhoff's mixing and dosing machine. After a short curing time, the part can be further processed.

Great variety of potting systems, even under difficult conditions

Fermadur® potting systems are used transparent or translucent (opaque) for optically appealing applications such as LEDs. Potted LEDs show a greater tightness than transparent plastic coverings. Ingress protection ratings of up to IP67 can be achieved and make outdoor and underwater applications possible.

Also in the product portfolio: Flame-retarding Fermadur® products - e. g. for the illumination of tunnels - meet UL94 V-0 standards. In hazardous areas like in the mining industry, it is necessary that the lighting is explosion protected. Sonderhoff's potting material contributes to achieving ATEX Directive 94/9/EC.

An additional advantage of Fermadur® is its "self-healing effect". Due to its flow characteristics, the material reseals thin scratches in the potting layer over time. Thus, the surface of transparent LED potting is always scratch-free and translucent, whereas plastic coverings stay damaged.

In China, Sonderhoff Suzhou finds a high demand for this automated application process which for decades has been the standard procedure within the electronics, packaging and lighting industry.